Ms McGuinness is seeking a judicial review of the DoJ calculation of Stone’s tariff. After 6 years freed on-licence under the terms of the Good Friday Agreement, Stone was convicted of an attack at Stormont and returned to prison.

Ms McGuiness’ legal team and Ronan Lavery QC argued that that the term on-license should form part of the calculation.

Speaking about the case solicitor Paul Farrell stated that the case could have “far reaching ramifications for life sentence prisoners” in Northern Ireland. 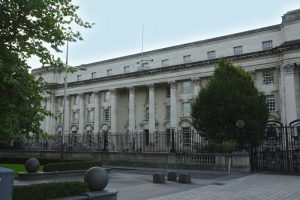 A Newry woman has launched a High Court challenge to her Widowed Parent’s Allowance being allegedly stopped because she began living with another man.

Marina Lennon’s lawyers claim the benefit she received following the death of her first husband was unlawfully halted – creating a deterrent to forming a new relationship.

Her bid to judicially review the Department for Communities over the decision has been listed for a full hearing early next year.

“Crucially, in these types of scenarios the children are worst affected by the decision to stop payments of Widowed Parent’s Allowance,” Mr O’Hare said.

“My client states that it is hard enough for a child to get over the grief of losing a loved one, and no further hardship should then be caused to them by a financial entitlement being removed.”

John Neale, 51, Gerard Flannigan, 37, and Joseph Tully, 51, appeared at Belfast Magistrates’ Court over an alleged plot to raid a Boojum burrito bar. The three Belfast men have had the charges against them dismissed with the judge ruling there was insufficient evidence to meet the legal test for connecting any of them with the charge.

Solicitor Paul Farrell, representing Mr Tully, insisted: “The court has to satisfy itself there’s reasonable suspicion to mount a charge.” and that “we have not heard one fact that would suggest there was a conspiracy.”

McIvor Farrell solicitors are challenging a Public Prosecution Service (PPS) offer to have a senior barrister carry out a further evaluation into the 1997 killing of Raymond McCord Jr.

The current challenge follows proceedings against the PPS for failing to review the decision not to bring charges against former police officers implicated in the alleged failure to prevent the murder of Raymond McCord Jr by the UVF.

Speaking about the challenge Ciaran O’Hare of McIvor Farrell law firm, said: “We contend that the review that has been offered by the PPS falls manifestly short of the key principles of transparency, freshness and independence from the original decision maker.

“In the absence of fresh material, it would be very difficult to see why the same senior counsel would give different advices to those already given and relied upon before in this case.”

Victim’s Campaigner Raymond McCord is mounting legal challenges in Belfast and Dublin on the basis that current criteria for calling a referendum on a ‘border poll’ is vague and UK Secretary of State has “unfettered discretion”. 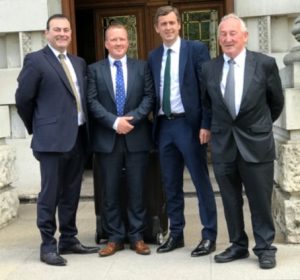 Mr McCord is mounting the challenge on the basis it could lead to political instability. Speaking about the case Ciaran O’Hare and Paul Farrell of McIvor Farrell, insisted certainty was needed on the issue. They were joined at the hearing by Irish Senator Mark Daly.

They said: “This is a far reaching and complex case which seeks clarification on the circumstances and conditions deemed relevant to the calling of a Border Poll. In the absence of Government policy we are exposed to political trade winds and uncertainty.”

In the past week UK politicians appear to have a variety of opinions on the issue with the Secretary of State for Northern Ireland stating that conditions for a poll are not met but UK Prime Minister says they may. While the Leader of the Opposition claims conditions do exist for a border poll.

Paul Farrell highlighted that none “have defined what the conditions are”.

McIvor Farrell are representing the group “Safe Electricity A&T (SEAT)” who claim that approval should be not have been given to the 85 miles of overhead cables and pylons of the proposed Noth-South Interconnector. Solicitor Paul Farrell representing SEAT, said: “This is a significant and far-reaching challenge to one of the most extensive planning approvals ever granted in Northern Ireland.”

Residents in border areas object to the interconnector and for health and environment reasons want undergound cables. Read more at the Irish News 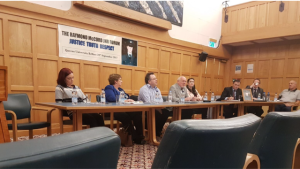 Belfast Solicitors McIvor Farrell were delighted to be involved in the inaugural Raymond McCord Jnr Forum that was convened recently at Queens University Belfast to address the lack of political progress of concern to a cross section of the community affected by the recent conflict in Northern Ireland.

McIvor Farrell Solicitors have been appointed to prepare a report for submission to the UK and Irish Governments along with the NI Victims Commissioner in order to stimulate debate and address the current shortcomings and deficiencies in the system.

As part of our community outreach programme we believe in supporting law students achieve their full potential and to reward their academic endeavours.
For the past number of years therefore we have presented a bursary to the Best Performing St 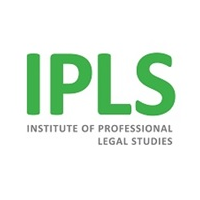 udent at The Institute of Professional Legal Studies in recognition of their negotiating abilities.
We are delighted this year to announce the recipient of the McIvor Farrell Prize for Negotiation Skills as Ms Rachel Black. We look forward to presenting Rachel with her well-deserved award at the Institute’s Prize Giving Ceremony at The Whitla Hall, Queens University Belfast on the 28th June 2017. 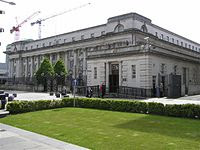 Solicitor Ciaran O’Hare of McIvor Farrell Solicitors is acting in a judicial review against the PSNI.

His client, Paul Baxter, claims police failed to make arrests in respect of reported breaches of a civil injunction order granted by a County Court judge under the Protection from Harassment (NI) Order 1997 to protect him from harassment from his neighbours.

According to Mr O’Hare, the proceedings have revealed a lack of training for police officers in the meaning and purpose of these court orders and the protocol for dealing with them.

On Friday, a barrister for the PSNI said it was accepted that police do not have any protocols, guidance or policy in respect of civil injunction orders, but that they will be implemented as soon as possible.

Mr O’Hare said: “As a solicitor who deals with a high volume of Civil Injunction Order cases for protection from harassment, none of the defendants in any of the cases that I have dealt with have ever been arrested on foot of a reported breach of the order.

“The failure to arrest has caused many of my clients upset and distress. In contrast, I understand that the PSNI make regular arrests on foot of reported breaches of non-molestation orders.

“No difference should be made by police in respect of how breaches of these orders are dealt with.”

He added: “The failure of the PSNI to appropriately deal with reported breaches of civil injunction orders for protection from harassment is twofold.

“Firstly, police officers are not educated and/or trained on how to deal with reported breaches of these orders and secondly, no protocol exists within the PSNI for serving and keeping a log of these orders.

“We look forward to the implementation of guidance and protocol in respect of these orders, which has been outstanding for some 20 years.”

The case has been listed again in September for review to ensure that protocols and guidance have been developed by the PSNI and have been merged into service instructions and into service procedure. 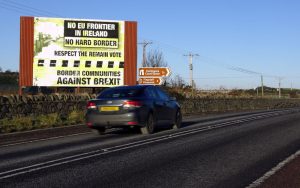